Why oh why
Have I been Asian Eggplant Shy?

I am familiar cooking with the purple skinned Eggplant (or Aubergine if you went to a fancy schmancy school or love the way the word rolls off your tongue).  I have never, however, cooked with Asian Eggplant.

I decided it was time to shake off my mental shackles. I found Asian Eggplant in the supermarket and decided there had to be a recipe out there, somewhere, in the wild wild west of the internet, that would provide me with a suitable recipe. And there was. And I did it. The recipe name wasn't spectacular - it was called Pork and Eggplant Stir Fry. That doesn't really give one goosebumps does it? But as I scanned the recipe I could see its hidden potential. Anything with garlic, chilli, and a variety of Asian sauces, ie Rice Vinegar, Soy, Sesame Oil and Fish Sauce has to be good doesn't it?

So a chop, chop with the Eggplant I went. 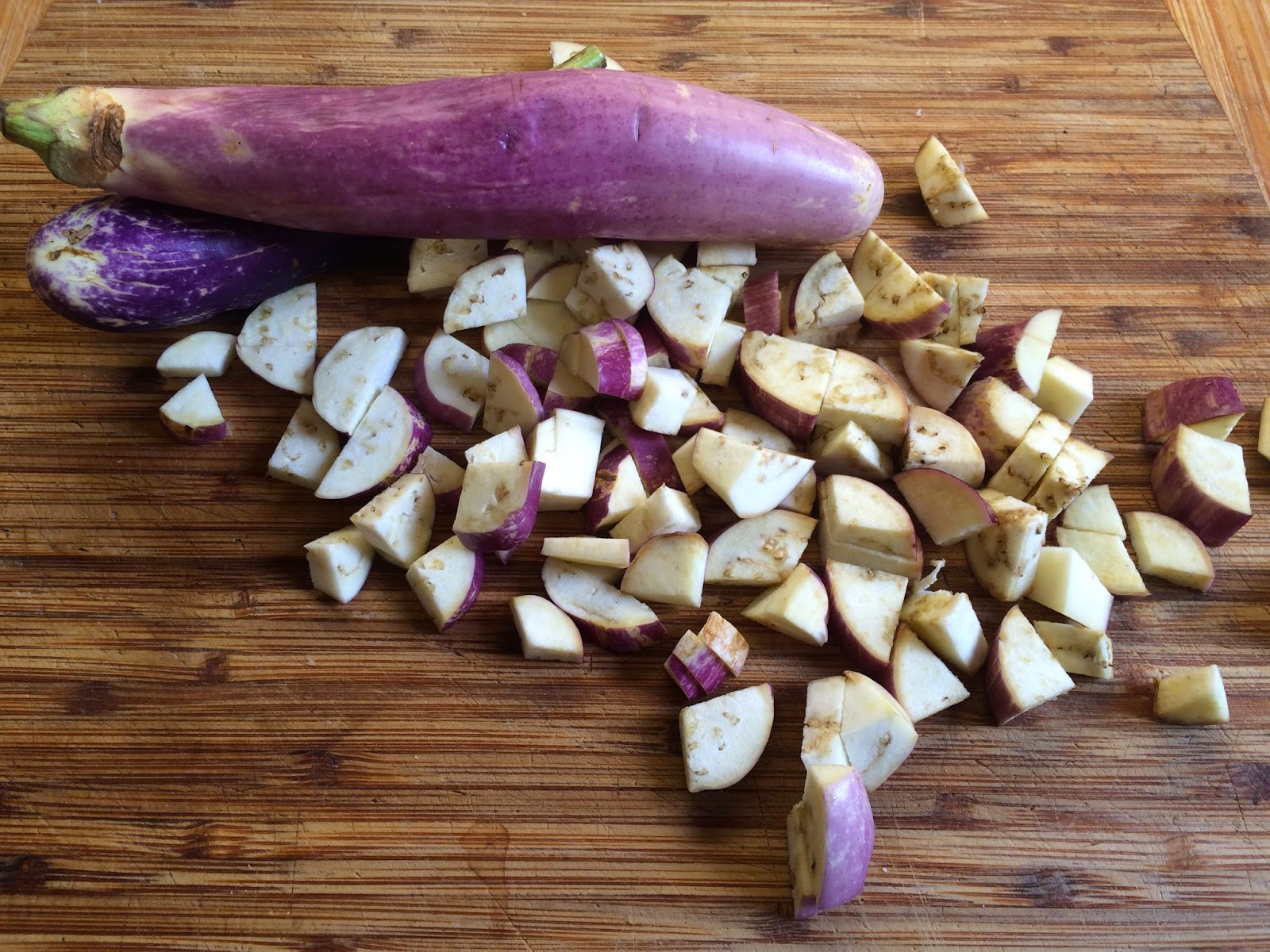 This is the finished recipe. Not very photogenic, I will admit. Who cares! It hit every possible taste bud and we were both exclaiming with delight. George at its taste and myself that not only did it taste good, but also that I didn't balls it up - to be quite frank. 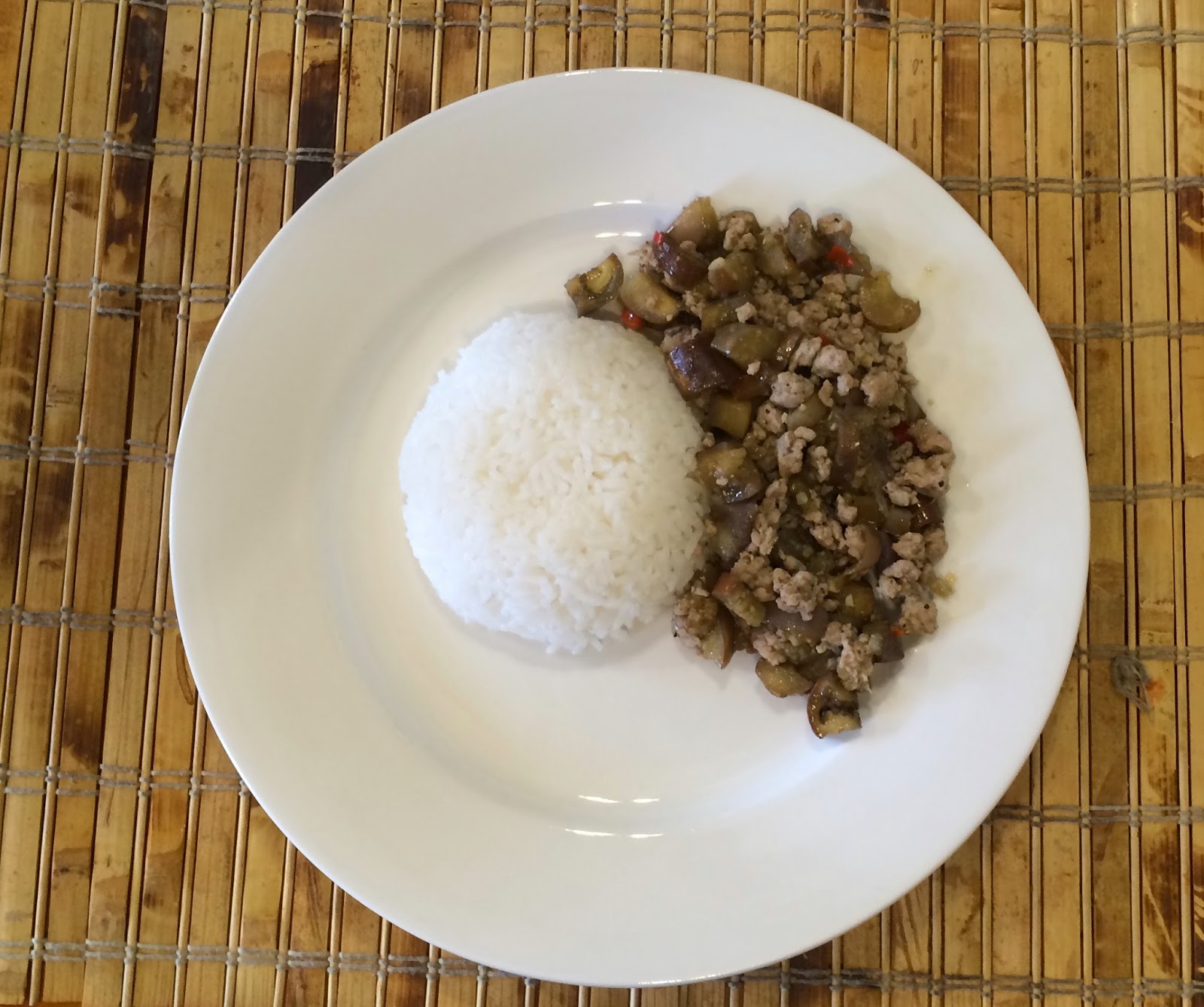